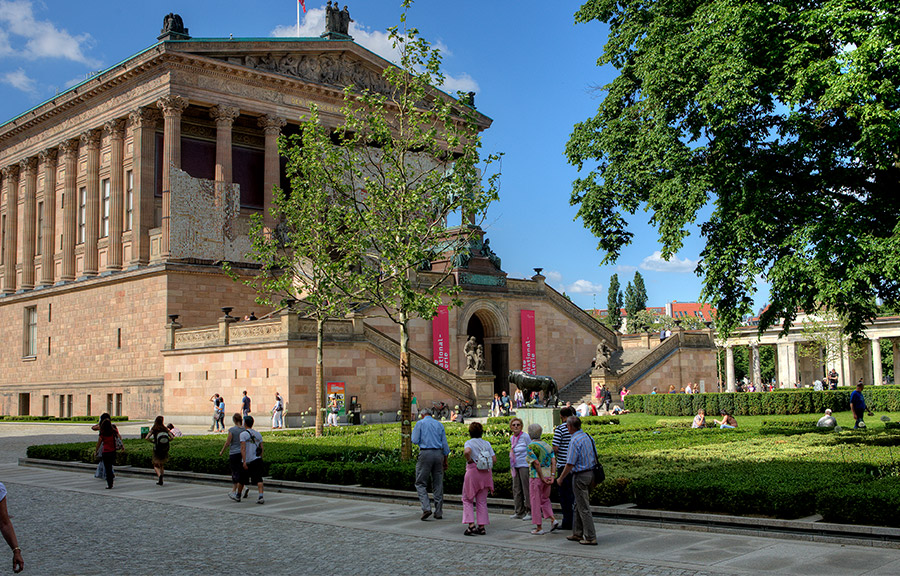 Berlin’s famous Museum Island is a magnificent work of art right in the heart of Berlin. As its own sight, the Museum Island houses five museums whose architecture is uniquely built, but all buildings create a harmonious overall picture. All five extraordinary and renowned museums on the island in the river Spree present several highlights from the world’s history.

Even private after-hours guided tours, cocktail receptions and dinners can be organized in the museums to make your event unforgettable! It is indeed on of the best tours in Berlin.

The Neues Museum was opened in 2009 and was restored by the star architect David Chipperfield. Today it presents treasures of the Egyptian history and the famous Papyrus Collection as well as collections about Early History and an antiquities collection.

The highlight of this museum is the bust of Nefertiti.

This museum is the birthplace of all public museums in Berlin and was built by Karl Friedrich Schinkel from 1823 to 1830. Beside the broad atrium and the inviting staircase overlooking the Lustgarten, the museum presents a collection of Classical Antiquities, for example, painted vases or the sculpture known as the ‘Praying Boy’.

Friedrich August Stüler built the majestic Alte Nationalgalerie which now dominates the island’s skyline. The 19th-century temple of art exhibits a vast diversity of paintings and sculptures that reflect the significant developments in art from the Romanticism and Neoclassicism.

The neo-baroque building rises from the water like a moated palace. It houses an extensive collection of sculptures from the medieval period to the late 18th century as well as treasures from the Museum of Byzantine Art and the Numismatic Collection.

The Pergamon Museum was designed by the architect Alfred Messel and is Berlin’s most visited museum. Antiquities, magnificent archaeological reconstructions and ancient Greek and Roman sculptures are exhibited in this museum. The most exciting of all artworks to visit are the eponymous Pergamon Altar and the remarkable Ishtar Gate.

You can add this tour to your favorites here:

Scroll to top
This site uses cookies: Find out morе.